What are you looking for?

Welcome back you Risky Rascals!

Today we are diving into the OG of all of the OGs in the CNFT space, SPACEBUDZ! If there was one project that I have felt has been the absolute pinnacle since the space has taken off, it is this project. I am super excited to cover this pioneer for this space! I will also talk about the founder of SpaceBudz and other innovative things that I have discovered while conducting my research for this post so let’s dive in!!

SpaceBudz founder Alessandro was already working on the Ethereum blockchain and he wanted to find a way to get away from the heavy gas fees (transaction fees) that were associated with Ethereum. He ultimately decided to go with Cardano due to its Proof of Stake (POS) protocol and the philanthropic developer of Cardano itself, co-founder of Ethereum, Charles Hoskinson.

Alessandro is a very successful stake pool operator on Rasberry-Pi called Berry, which only uses about 5 WATTS of power. Compared to a Proof of Work (POW) protocol such as Ethereum and Bitcoin (which you have to mine using tons of energy) is not environmentally friendly by any means! This in itself is innovation at its finest.

For my new investors, if you have been following the blog, you know that Cardano has a Proof of Stake (POS) protocol. This is where Cardano gets its decentralization from, the owners of ADA. What this means is that he created a stake pool (which is very similar to a bank) where people can stake (it never leaves your wallet) their ADA to stake with this pool, which establishes one “bank” on the blockchain. Why is this needed? This is needed to ensure that Cardano is decentralized. More stake pools = more decentralization = more security= safer to operate on this network. The main thing to understand is that the people have the power. The people of Cardano can create their own bank, which is not controlled by 1 person or 1 entity.

He created 100 Berries that would be the absolute first NFT on the Cardano blockchain. These Berries would then become a key component and airdropped to the early delegators to the stake pool. Alessandro used the metadata for these to build and create Spacebudz as we know it today!

Most developers would have been satisfied with their success with one successful creation.. not Alessandro. He then took his talents and developed the first successful 10,000 NFT collection on the Cardano blockchain, and man was it successful!

What I did not realize is that he created one of the most important aspects of the CNFT community that almost every Cardano user uses and that is the Nami Wallet. This wallet was created after the release of the 10,000 SpaceBudz collections. 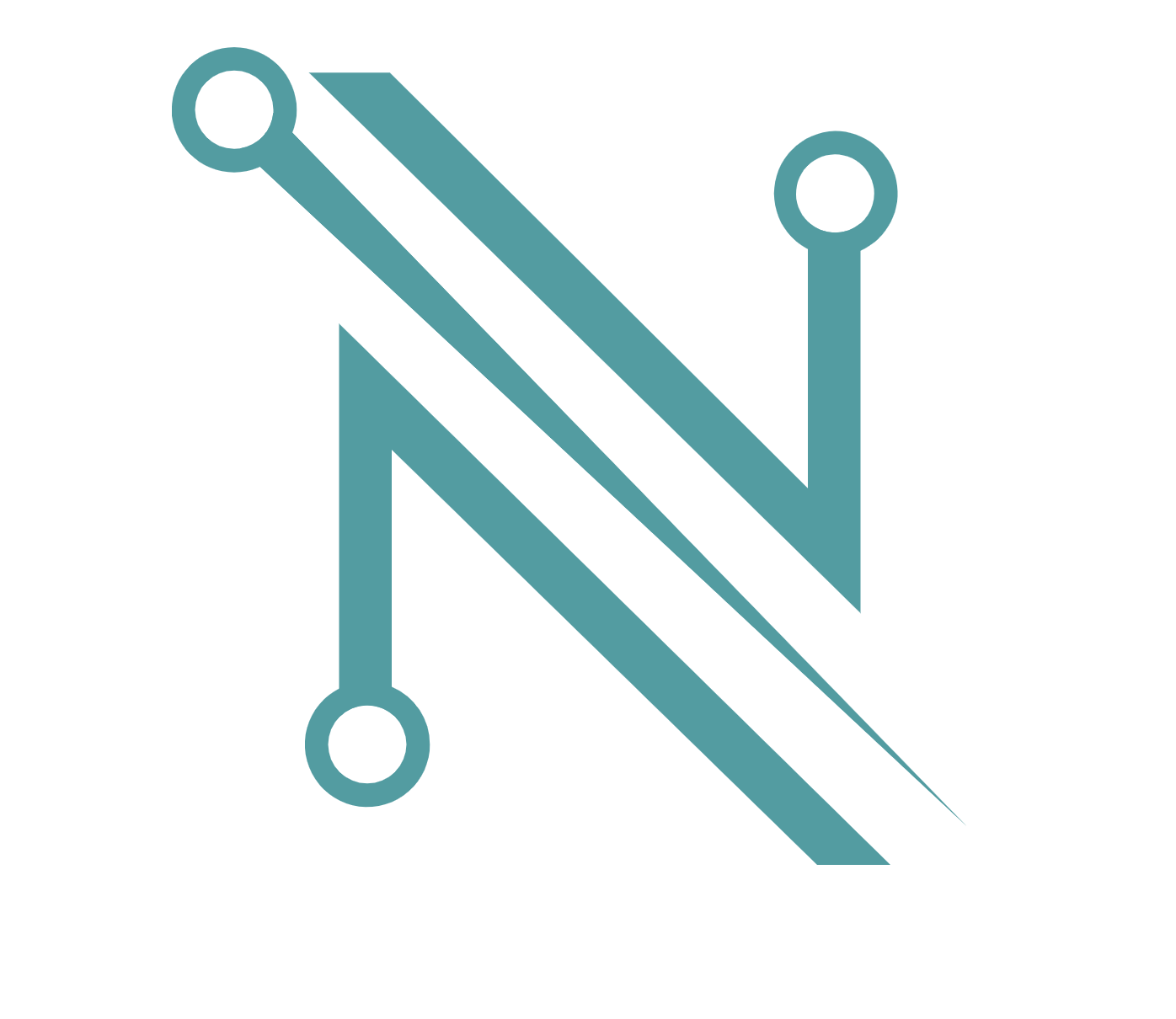 Nami Wallet is Cardano’s version of Metamask (ETH). This is a web-extension wallet that allows users to interact on the Cardano blockchain. This was the first Smart Contract Capable wallet on the Cardano blockchain. Now, for my new investors, this wallet is added to your browser and is now capable of sending multiple signature transactions to any other wallet on the blockchain. What does this mean? Through this wallet, users are able to send multiple NFTs, Tokens, and ADA at one time. This is a huge development on the Cardano blockchain, and this is one of the main wallets that many users, including myself, use to transfer funds and assets. If the community is looking for guidance on how to install a Nami wallet I can create a blog/forum post of the steps to complete this process, if anyone is interested!

Time to dive into the project facts!

Smart Contract Market: SpaceBudz created the first smart contract marketplace on the Cardano blockchain. This is monumental for the space.

What makes these NFTs more special is that they were generated even before Smart Contracts were available on the Cardano blockchain! What is a Smart Contract? The best way to understand what these are is to think of them as an IF/THEN situation. For example, IF a contract is created where you send 10 ADA to that specific address, THEN you will receive your asset. The perimeters need to be met for the function to fully execute. So, if the contract says send 10 ADA, and a person sends anything other than 10 ADA, they will get a refund due to the contract not being met.

Another aspect that makes it a unique project is that SpaceBudz has a funded multi-signature community wallet where initiatives can be passed by the community. This is all built into their marketplace at https://spacebudz.io/

These fun Space animals are truly one of a kind. They created the standard for ALL NFTs on the Cardano blockchain. There are so many layers that went into this art it is incredible. For instance, this collection has many traits and even released official, extended meta data 10 months after minting. This is the first project on the Cardano blockchain that had hidden features within the Metadata! What does that mean to someone who is new to this space? Metadata is the “data” that describes other “data”. Think of it as the DNA/RNA of anything that involves technology. There has to be data in order to complete a function so that it knows where to go and the correct time to go there!

For newcomers into the space who have very little experience with all of this new lingo that is being thrown around… SpaceBudz is one of the most technologically advanced NFT assets around.

For example, take a look at the traits for this Rank 1 asset. First off, if you have never seen this chart, this is a tool on https://cnft.tools/spacebudz to understand the rarity of each of the specific traits that this particular NFT has. Now, you will not see many NFTs with this plethora of complex traits. Keep in mind, that the developer of this project generated his own wallet to better support his own NFT project and is a stake pool operator.. this is not an easy feat.

With all of that being said, there is not enough time to discuss the Technology that is behind this project but I do want to let you know that this is a seriously advanced project that has been well thought out to deliver the best outcome for their owners. The level of complexity is truly hard to comprehend, to be honest. For one, we are so early in this space that each day is an advancement. SpaceBudz is a primary reason we have NFTs on the Cardano blockchain.

As advancements for SpaceBudz continue to sweep the entire CNFT space, Alessandro Konrad continues to develop the future for NFTs as well. He has created a proposal for CIP-0068, which should evolve the NFT metadata standard for Cardano NFTs again. His impact on CNFTs is unmatched. It is amazing that we have this type of developer working on, what I believe, is going to be the blockchain that allows people financial freedom in the near future. Also, SpaceBudz created Decentralized Identity and released it as a dApp. You can update the PFP ring color, the name of your bud, and your contact information all on the chain. WOW. 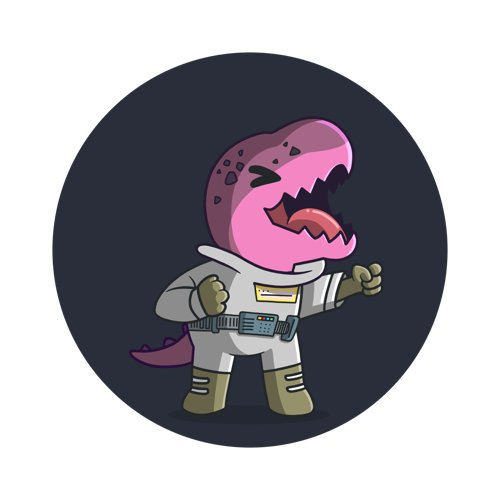 The Dinos are the most exclusive character due to there being only 8 in the entire 10,000 collection. These Dinos are the ultimate SpaceBudz in my opinion. Having one of these is a true representation of being in this space early or you are a millionaire. The floor on these in 10 years will be astronomical, no pun intended. The future is bright for this project, and I am super jealous of those individuals who were able to mint at 10 ADA. My belief is that in 10 years, these assets will hold happy retirement money for all who got in this early.

As always, thank you so much for tuning into today’s blog post! Thank you for the continued support and for following me along this journey! Words cannot describe how thankful I truly am!

Thank you again you Risky Rascals!

Just got into the cryptocurrency space? Do you keep hearing about these NFT’s? Are you unsure where to start or how to conduct research? This blog is created to share the insight that I have learned from my mistakes as an investor in the NFT space. Everyone doesn’t need to learn the hard way. WAGMI!

We use cookies on our website to give you the most relevant experience by remembering your preferences and repeat visits. By clicking “Accept All”, you consent to the use of ALL the cookies. However, you may visit "Cookie Settings" to provide a controlled consent.
Cookie SettingsAccept All
Manage consent

This website uses cookies to improve your experience while you navigate through the website. Out of these, the cookies that are categorized as necessary are stored on your browser as they are essential for the working of basic functionalities of the website. We also use third-party cookies that help us analyze and understand how you use this website. These cookies will be stored in your browser only with your consent. You also have the option to opt-out of these cookies. But opting out of some of these cookies may affect your browsing experience.
Necessary Always Enabled
Necessary cookies are absolutely essential for the website to function properly. These cookies ensure basic functionalities and security features of the website, anonymously.
Functional
Functional cookies help to perform certain functionalities like sharing the content of the website on social media platforms, collect feedbacks, and other third-party features.
Performance
Performance cookies are used to understand and analyze the key performance indexes of the website which helps in delivering a better user experience for the visitors.
Analytics
Analytical cookies are used to understand how visitors interact with the website. These cookies help provide information on metrics the number of visitors, bounce rate, traffic source, etc.
Advertisement
Advertisement cookies are used to provide visitors with relevant ads and marketing campaigns. These cookies track visitors across websites and collect information to provide customized ads.
Others
Other uncategorized cookies are those that are being analyzed and have not been classified into a category as yet.
SAVE & ACCEPT