What are you looking for?

Welcome back you Risky Rascals!

Today I have the pleasure of covering an OG project on the Cardano blockchain! Unfortunately, I have not been able to get into this project yet but I have a goal to make that a reality and you are about to see why!

First off, we have to establish a backstory and an understanding of where NFTs started and how they arrived on the Cardano Blockchain! I am going to do my best for my followers who are just getting into this space to explain thoroughly and in lamens terms as well. So buckle up!! This is going to be the first part of a massive series that I am putting out!

The NFT below is a well-known project (Bored Ape Yacht Club BAYC) on the Ethereum blockchain that has sold for up to 2.7 million USD… YES, you heard that right. 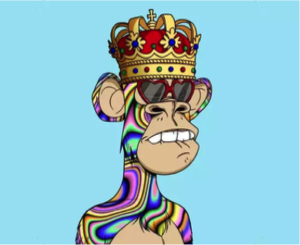 Alright, let’s get into the understanding of NFTs and where they started, and where we are today. An NFT is a (Non-Fungible Token), now.. I know what my new readers are thinking “I have heard this so many times but why don’t you just copy the picture and then you can have it instead of spending so much money on a PICTURE?” I hear it all the time, and to a very small extent.. this is true, but you never OWN the picture if you do that. Let’s think of back when we were writing a research paper and we wanted to use a picture on the internet or quote someone’s words that added to your story. We have all done it.. we copy and paste it and then keep moving. As we continue in our writing, we learn that this is indeed COPYRIGHT infringement. The same goes with a JPEG or an NFT Profile Picture (PFP). 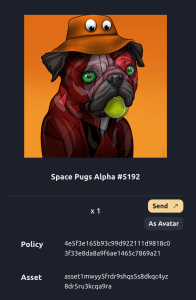 Some of the cryptocurrency blockchains have things called Smart Contracts (imagine that this is where you can upload commands and then in turn it does a function automatically when it is prompted), and within this Smart Contract there is a script called METADATA and this is where the layers are created. They all have their own Policy ID and Asset Number, this is how you ensure that you are purchasing a REAL asset and not a fake. This is a lot I know.. now that we have the basics of what an NFT is… let’s see where they started.

Ethereum (ETH) is known as one of the OG cryptocurrencies as well as Bitcoin (BTC). ETH is currently a Proof of Work model (apparently there is a MAJOR update coming to change this network to a Proof of Stake model, which is the model that ADA/Cardano is based upon. I do not have time to explain the difference between these two so I will drop a link for you to continue your research on it or I may do a specific blog pertaining to this but we are focused on OG Cardano NFTs right now. Also, ETH is a FOR-profit and ADA is a NON-profit organization. So, in short, ETH was created to make money by trading the asset. This also means that it is EXTREMELY expensive to move funds on the ETH network, and often times you need to pay more in gas fees (which is the processing cost) than you do for your actual asset. This is not wise when you are investing. Now, why did I go off on this WHOLE ass tangent about cryptocurrency.. this is how the OG projects on the Cardano were created.

Due to the high gas fees of ETH, developers were looking for a project that had Smart Contracts, had cheap gas fees, and was of the same safety/quality as ETH. Cardano’s head developer was a co-founder of ETH.. I like to call this the Ferarri employee who wanted to do his own thing and created Lamborgini and now they are both household names.

All of this back story was so that you can understand the reason that Blue Magic (a BAYC community member tired of the inflationary ETH gas prices) wanted to create a project on the Cardano blockchain called Boss Cat Rocket Club (BCRC)! 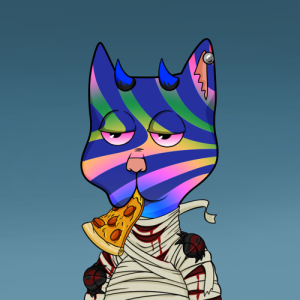 BCRC is one of the first 4 OG projects to launch on the Cardano blockchain and man does it pack a punch! This project has influenced an ample amount of projects on this blockchain with how they designed their roadmap, brought over ETH members to invest, and created a community that still stands to this day. Let’s take a dive!

As I have mentioned before, BCRC is one of the OG NFT projects on the Cardano blockchain. This club involves several sub-projects that are just as equal if not better than the OG cats! This NFT project has taken the experience of ETH NFTs and incorporated their own take that has PROVEN to be successful no matter the market in the cryptocurrency space! The floor price has remained consistent since its inception.

Here are the facts for BCRC. 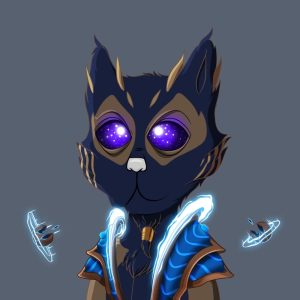 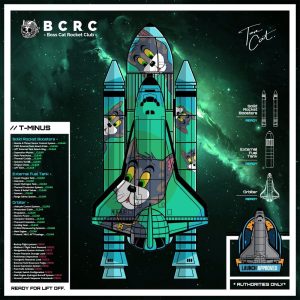 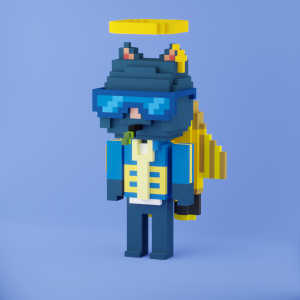 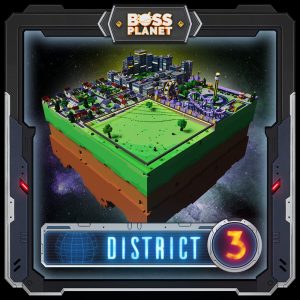 How do you even put into words the innovation and the trailblazer mentality that this project has created in the CNFT space? Projects after projects have tried to copy the roadmap of this OG project and no one has been able to recreate it. There is a reason, this NFT community is strong and Boss Cats follow Boss Cats.. they started this trend on the Cardano blockchain.

You are looking at the pinnacle standard of what every CNFT project has been based on. This is what leadership looks like. This is what creating a business looks like. Who would have thought that a 30 ADA NFT would hold a floor of above 890 in a bear market.. its unprecedented besides the other OG projects.

If you have not had a reason to jump full-blown into this project you need to scroll back up and read it again.. now with that being said.. I don’t have one at this time. Will I have one in my portfolio before I am through… DAMN RIGHT. The floor is about as low as it will ever be. There is going to be an influx of people who swarm into the Cardano blockchain. When this happens, the floor will skyrocket just like the project BAYC it is just a matter of time.

Projects that have this much success often get stagnant and settle for what has happened thus far. BCRC continues to innovate, they continue to RAID Twitter polls and win every one that they are involved in. This type of success comes to those who are brave and endure the ups and most certainly the downs of the market.

I am sure that Blue Magic did not expect to do over 22.2 million in volume on a project that started at 20 ADA. He took a RISK and moved to a network that just created Smart Contracts within months of the release. That is one RISKY RASCAL.. the CNFT community is in debt to this brave venture no doubt.

In conclusion, BCRC is a self-sustaining project that has set the standard in the CNFT space. They have created PFP NFTs, Metaverse land plots, Vox Characters that will be able to use in their Metaverse, and specialized airdrops for their true diamond hand holders. Look at any project that is successful in the CNFT space.. you will see this similar model in their roadmap. I could keep going on about this project, but this is already a long read. If you have stuck around this long you have gained MAJOR insight into one of the true OG’s in the CNFT space. If you have the fiat to purchase a BCRC I would encourage you to do so.. but it is not financial advice of course.

Thank you for tuning in!! Stay tuned for Part 2 of this series coming soon!

As always, stay Risky you Rascals!

Just got into the cryptocurrency space? Do you keep hearing about these NFT’s? Are you unsure where to start or how to conduct research? This blog is created to share the insight that I have learned from my mistakes as an investor in the NFT space. Everyone doesn’t need to learn the hard way. WAGMI!

We use cookies on our website to give you the most relevant experience by remembering your preferences and repeat visits. By clicking “Accept All”, you consent to the use of ALL the cookies. However, you may visit "Cookie Settings" to provide a controlled consent.
Cookie SettingsAccept All
Manage consent

This website uses cookies to improve your experience while you navigate through the website. Out of these, the cookies that are categorized as necessary are stored on your browser as they are essential for the working of basic functionalities of the website. We also use third-party cookies that help us analyze and understand how you use this website. These cookies will be stored in your browser only with your consent. You also have the option to opt-out of these cookies. But opting out of some of these cookies may affect your browsing experience.
Necessary Always Enabled
Necessary cookies are absolutely essential for the website to function properly. These cookies ensure basic functionalities and security features of the website, anonymously.
Functional
Functional cookies help to perform certain functionalities like sharing the content of the website on social media platforms, collect feedbacks, and other third-party features.
Performance
Performance cookies are used to understand and analyze the key performance indexes of the website which helps in delivering a better user experience for the visitors.
Analytics
Analytical cookies are used to understand how visitors interact with the website. These cookies help provide information on metrics the number of visitors, bounce rate, traffic source, etc.
Advertisement
Advertisement cookies are used to provide visitors with relevant ads and marketing campaigns. These cookies track visitors across websites and collect information to provide customized ads.
Others
Other uncategorized cookies are those that are being analyzed and have not been classified into a category as yet.
SAVE & ACCEPT